The Miss Universe Organization is currently owned by Endeavor.Telemundo has the licensing rights to air the pageant through 2023. The pageant’s advocacy is “humanitarian issues and is a voice to affect positive change in the world.”

The current Miss Universe is Harnaaz Sandhu of India who was crowned on December 13, 2021 in Eilat, Israel. 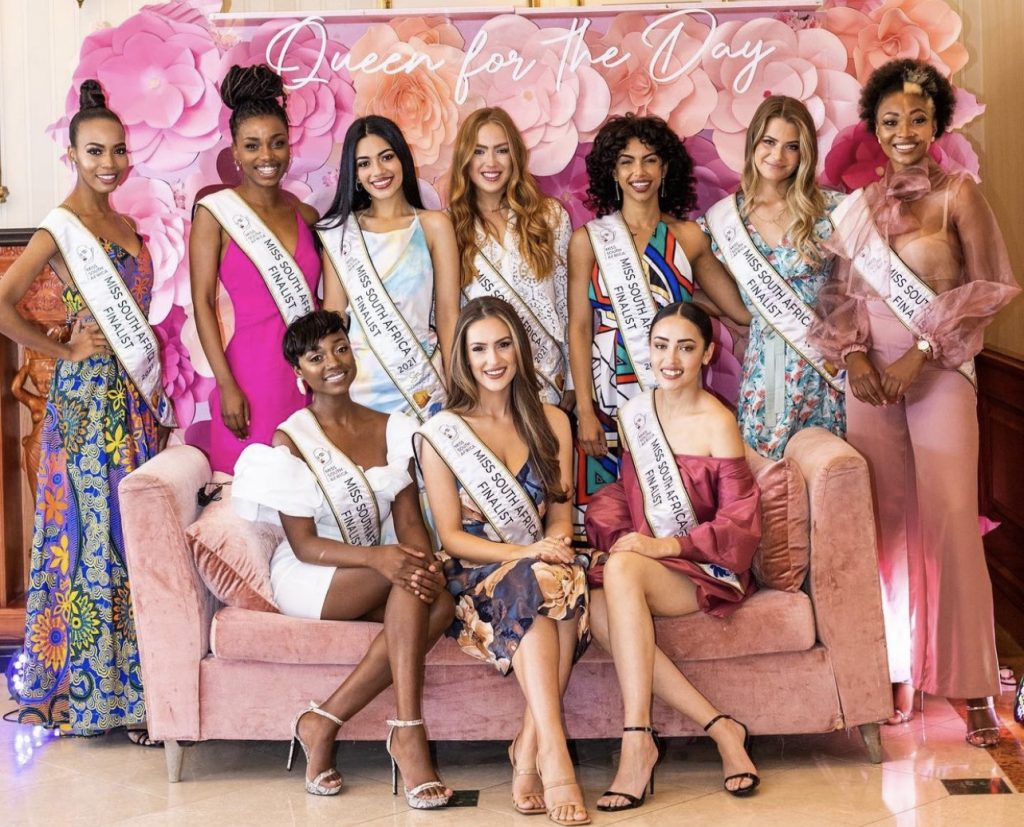 The title “Miss Universe” was first used by the International Pageant of Pulchritude in 1926. This contest was held annually until 1935, when the Great Depression and other events preceding World War II led to its demise.

The current Miss Universe pageant was founded in 1952 by Pacific Knitting Mills, a California-based clothing company and manufacturer of Catalina Swimwear. The company was the sponsor of the Miss America pageant until 1951, when the winner, Yolande Betbeze, refused to pose for publicity pictures wearing one of their swimsuits. In 1952, Pacific Knitting Mills organized the Miss USA and Miss Universe pageants, co-sponsoring them for decades to follow.

The first Miss Universe Pageant was held in Long Beach, California in 1952. It was won by Armi Kuusela from Finland, who gave up her title, though not officially, to get married shortly before her year was completed. Until 1958, the Miss Universe title, like that of Miss America, was dated by the year following the contest, so at the time Ms. Kuusela’s title was Miss Universe 1953. Since its founding by Pacific Mills, the pageant has been organized and conducted by the Miss Universe Organization. Eventually, Pacific Mills and its subsidiaries were acquired by the Kayser-Roth Corporation, which was in turn acquired by Gulf and Western Industries.

The pageant was first televised in 1955. CBS began broadcasting the combined Miss USA and Miss Universe pageants in 1960, and as separate contests in 1965. More than 30 years later, Donald Trump bought the pageant in 1996 from ITT Corp, with a broadcasting arrangement with CBS until 2002. During this time, in 1998, Miss Universe, Inc. changed its name to the Miss Universe Organization, and moved its headquarters from Los Angeles to New York City. By late 2002, Trump entered into a joint venture with NBC, which in 2003 outbid the other markets for the TV rights. From 2003 to 2014, the pageant was broadcast in the United States on NBC.

In June 2015, NBC cancelled all business relationships with Trump and the Miss Universe Organization in response to controversial statements about illegal immigrants who crossed the border from Mexico. As part of the legal settlement, in September 2015, Trump bought out NBC’s 50% stake in the company, making him the company’s sole owner. Three days later, he sold the whole company to WME/IMG. Following the change of ownership, in October 2015, Fox and Azteca became the official broadcasters of the Miss Universe and Miss USA pageants. The current president of the Miss Universe Organization is Paula Shugart, who has held this position since 1997.

Between 2015 and 2019, Miss Universe is televised live by FOX and hosted annually by Steve Harvey. The backstage correspondents include Roselyn Sanchez in 2015, Ashley Graham from 2016 to 2018, Olivia Culpo in 2019. In 2020, the Miss USA and Miss Teen USA brands were split from the Miss Universe Organization into their independent organization, run by Crystle Stewart, while the broadcast rights to the Miss Universe Pageant was temporarily split between Telemundo and FYI. Due to uncertainties related to the 2020 pageant, Harvey could not present this edition. It was presented again by Mario Lopez, but this time accompanied by Culpo. The contract with FOX and Harvey was resumed for the 2021 edition. 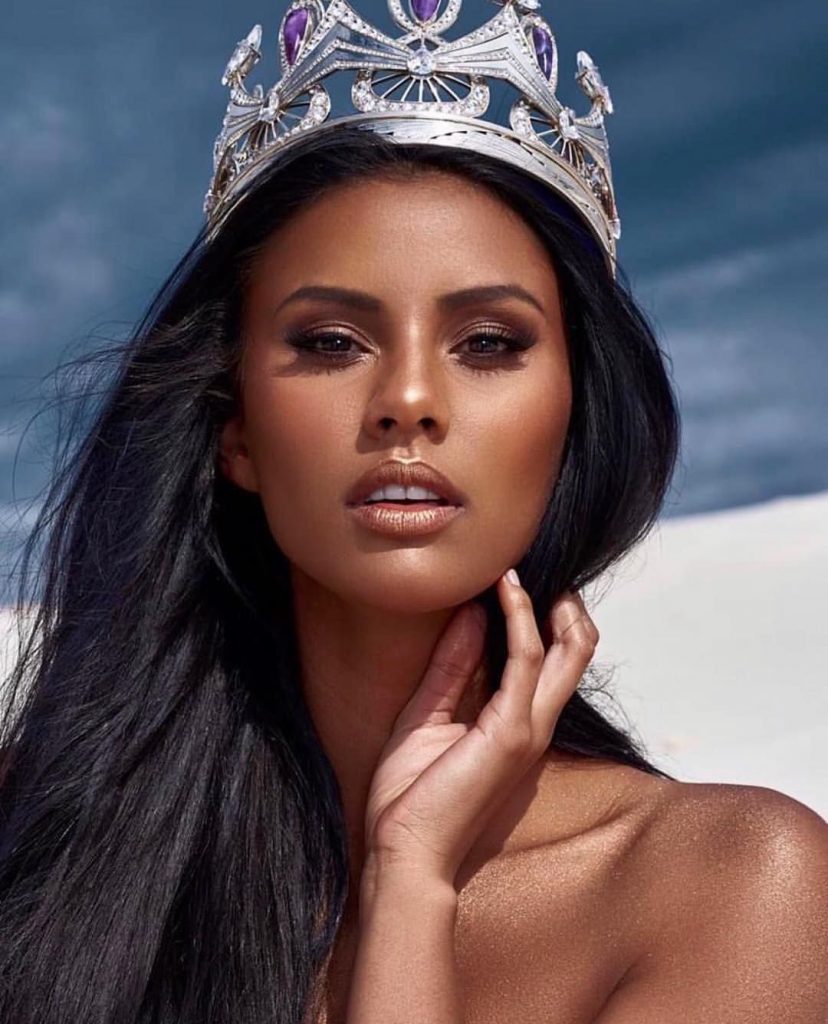 Usually a country’s candidate selection involves pageants in the nation’s local subdivisions, where local winners compete in a national pageant, but there are some countries who opt for an internal selection. For example, from 2000 to 2004, Australian delegates were chosen by a modeling agency. Although such “castings” are generally discouraged by the Miss Universe Organization, Jennifer Hawkins was chosen to represent the country in Miss Universe in 2004 (where she would eventually win the crown). Australia would eventually reinstate its national pageant for Miss Universe from 2005 onwards.

Cultural barriers, particularly with the swimsuit competition, have prevented some countries from participating, while others like Mozambique have not participated because of the prohibitive cost of the event. The Miss Universe has historically proven popular in regions like the Americas, Africa and Asia, especially in countries like USA, Philippines, Colombia, Brazil, Venezuela, South Africa, Thailand and Indonesia, given their successful track record of multiple semifinal appearances in the last decade and combined multiple titles in the competition’s history. As of 2022, only two countries have been present at every Miss Universe since its inception in 1952: Canada and France. Three countries have been present at all but one: Israel (1953), United States (1957), and Germany (2020).

Since its inception, contestants have also been forbidden to be married or pregnant during the competition, and, in the case of winners, during their reign. Beginning in 2023, however, the Miss Universe Organization will allow married or pregnant women to compete in the pageant. Accepting married contestants reinvigorates tension between the American-based Miss Universe pageant and the European-based Mrs. Universe pageant, which was previously the only avenue for married women to compete for the Universe title. However, distinction between the two pageants still exists, where Mrs. Universe allows contestants up to 45 years of age, while Miss Universe remains restricted to women under 28 even if they are married.

Miss Universe has always strictly prohibited age fabrication. While the pageant’s minimum age limit has been set at 18 years old, this presents a problem for several European countries that allow 17-year-old contestants to compete in their pageants. National titleholders under 18 years of age must be replaced by their runner-up or another candidate in the main pageant. In recent years, all Miss Universe candidates have been required to be at least university degree holders or working professionals from the onset of their national pageants.

Since 2012, openly transgender women have been allowed to compete as long as they won their national pageants. Six years after this rule went into effect, Angela Ponce of Spain became the first openly transgender candidate to compete in the contest, in the 2018 edition. In 2019, Myanmar’s Swe Zin Htet became the first openly lesbian woman to compete in Miss Universe. Spain’s Patricia Yurena Rodríguez is currently the highest-placed LGBT member at Miss Universe, placing second to Venezuela’s Gabriela Isler in 2013, but did not come out until years after the competition. In 2021, the Philippines’ Beatrice Gomez became the first openly bisexual (and LGBT) contestant to enter the Miss Universe semifinals, after finishing in the Top 5 that year.