The current Miss World is Karolina Bielawska of Poland who was crowned by Toni-Ann Singh of Jamaica on March 16, 2022 in San Juan, Puerto Rico. She is the second contestant from Poland to win Miss World. 20th century
In 1951, Eric Morley organised a bikini contest as part of the Festival of Britain celebrations that he called the Festival Bikini Contest. The event was popular with the press, and was dubbed “Miss World” by the media. The swimsuit competition was intended as a promotion for the bikini which had only recently been introduced onto the market, and which was still widely regarded as immodest. When the 1951 Miss World pageant winner, Kerstin “Kiki” Hakansson from Sweden, was crowned in a bikini, it added to the controversy.

The pageant was originally planned as a Pageant for the Festival of Britain, but Eric Morley decided to make the Miss World pageant an annual event. Morley registered the “Miss World” name as a trademark, and all future pageants were held under that name. However, because of the controversy arising from Håkansson’s crowning in a bikini, countries with religious traditions threatened not to send delegates to future events, and the bikini was condemned by the Pope. Objection to the bikini led to its replacement in all future pageants with what was accepted as more modest swimwear, and from 1976 swimsuits were replaced by evening gowns for the crowning. Håkansson remains the only Miss World crowned in a bikini. In Miss World 2013 all participants wore a one-piece swimsuit plus a traditional sarong below the waist as a compromise with local culture.

Morley announced the Miss World winners in the order No. 3, No. 2 and No. 1. This was intended to keep the tension up, and avoid the anti-climax if Nos. 2 and 3 are announced after the winner.

In 1959, the BBC started broadcasting the pageant. The pageant’s popularity grew with the advent of television. During the 1960s and 1970s, Miss World would be among the most watched programs of the year on British television. However, in 1970, the Miss World contest in London was disrupted by women’s liberation protesters armed with flour bombs, stink bombs, and water pistols loaded with ink. The 1970 contest was also controversial when South Africa sent two contestants (one black and one white). Henceforth, South Africa was banned from the contest until apartheid was abolished. More than 18 million people watched the pageant at its peak during the late 1970s and early 1980s.

In the 1980s, the pageant repositioned itself with the slogan “Beauty With a Purpose”, with added tests of intelligence and personality. In 1984, BBC1 controller Michael Grade announced that the corporation would cease to broadcast beauty pageants from the following January, after they had shown Miss Great Britain, commenting “I believe these contests no longer merit national air time.” Grade added, “They are an anachronism in this day and age of equality and verging on the offensive.” Thames Television broadcast Miss World between 1980 and 1988, when ITV dropped it.

During the early 1990s, there was a decline in the popularity of mainstream television broadcasts of the event, after it became “increasingly unfashionable” in the late 1980s. The pageant returned on satellite channel Sky One in 1997, before moving to Channel 5 for three years (1998–2000).

Eric Morley died in 2000, and his wife, Julia, succeeded as chairwoman of the Miss World organisation.

The first black African Miss World winner, Agbani Darego of Nigeria, was crowned in 2001. As part of its marketing strategy, Miss World came up with a “Vote For Me” television special during that edition, featuring the delegates behind the scenes and on the beach, and allowing viewers to either phone in or vote online for their favourites. It also sells its Talent, Beach Beauty and Sports events as television specials to broadcasters. ITV broadcast the 2001 pageant from South Africa on digital channel ITV2, with the special airing a week earlier on the main ITV channel.

In 2002 the pageant was slated for Abuja, the capital city of Nigeria to host its final. This choice was controversial, as a northern Nigerian woman, Amina Lawal, was awaiting death by stoning for adultery under Sharia law there, but Miss World chose to use the publicity surrounding its presence to bring greater global awareness and action to Lawal’s plight. No British channel agreed to broadcast the event, and there were objections to the contest.

In the Miss World 2014 ceremony, Aishwarya Rai the most successful crowned Miss World by the Miss World Organization attended the celebration with her husband Abhishek Bachchan, daughter Aaradhya and mother Brinda Rai. It has been broadcast on local TV channel London Live since 2014.

The Miss World Organization owns and manages the annual Miss World Finals, a competition that has grown into one of the world’s biggest. Since its launch in 1951, the Miss World organisation has raised more than £1 billion for children’s charities that help disabled and underprivileged children. Miss World is franchised in more than 100 countries.

1970s–1990s
The Miss World pageant has been the target of many controversies since its inception.

In 1970, feminist protesters threw flour bombs during the live event at London’s Royal Albert Hall, momentarily alarming the host, Bob Hope.
The 1973 winner, Marjorie Wallace, was stripped of her title on 8 March 1974, because she had failed to fulfill the basic requirements of the job. The Miss World organizers did not elect someone to serve in her place.
In 1976, several countries went on a boycott, because the pageant included both a Caucasian and African representative for South Africa. South Africa competed for the last time in 1977, before returning in 1991 as Apartheid disintegrated. The 1980 winner Gabriella Brum of Germany resigned one day after winning, initially claiming her boyfriend disapproved. A few days later it emerged that she had been forced to resign after it was discovered that she posed naked for a magazine.
Nigeria 2002
Main article: Miss World 2002
In the year leading up the finals in Nigeria, several European title holders lobbied their governments and the EU parliament to support Amina Lawal’s cause. A number of contestants followed the lead of Kathrine Sørland of Norway in boycotting the contest (despite the controversy Sørland would go on to become a semi-finalist in both the Miss World and Miss Universe contest), while others such as Costa Rica were instructed by their national governments and parliaments not to attend the contest. Among the other boycotting nations were Denmark, Spain, Switzerland, Panama, Belgium and Kenya. There was further controversy over the possibly suspended participation of France and South Africa, which might or might not have been due to the boycott. For her part, Lawal asked that contestants not suspend their participation in the contest, saying that it was for the good of her country and that they could, as the representative of Sweden had earlier remarked, make a much stronger case for her on the ground in Nigeria.

Despite the increasing international profile the boycott was garnering in the world press, the contest went ahead in Nigeria after being rescheduled to avoid taking place during Ramadan, with many prominent nations sending delegates. Osmel Sousa of Venezuela, one of the world’s most influential national directors, famously said “there is no question about it (the participation of Miss Venezuela in the contest).” The trouble did not end there, however. A ThisDay (Lagos, Nigeria) newspaper editorial suggesting that Muhammad would probably have chosen one of his wives from among the contestants had he been alive to see it, resulted in inter-religious riots that started on 22 November in which over 200 people were killed in the city of Kaduna, along with many houses of worship being burned by religious zealots. Because of these riots, the 2002 pageant was moved to London, following widely circulated reports that the representatives of Canada and Korea had withdrawn from the contest and returned to their respective countries out of safety concerns. A fatwa urging the beheading of the woman who wrote the offending words, Isioma Daniel, was issued in Nigeria, but was declared null and void by the relevant Saudi Arabian authorities. Upon the pageant’s return to Britain, many of the boycotting contestants chose to attend, including Miss Norway, Kathrine Sørland, who was ironically tipped in the last few days as the number one favourite for the crown she had previously boycotted.

The eventual winner of the pageant was Azra Akın of Turkey, the first predominantly Muslim country to hold the title since Egypt in 1954.

Indonesia 2013
Main article: Miss World 2013
In Miss World 2013, protests by Islamic groups began a few weeks before the contest began, resulting in the pageant’s finale and all pre-pageant activities being isolated to Hindu-majority Bali. 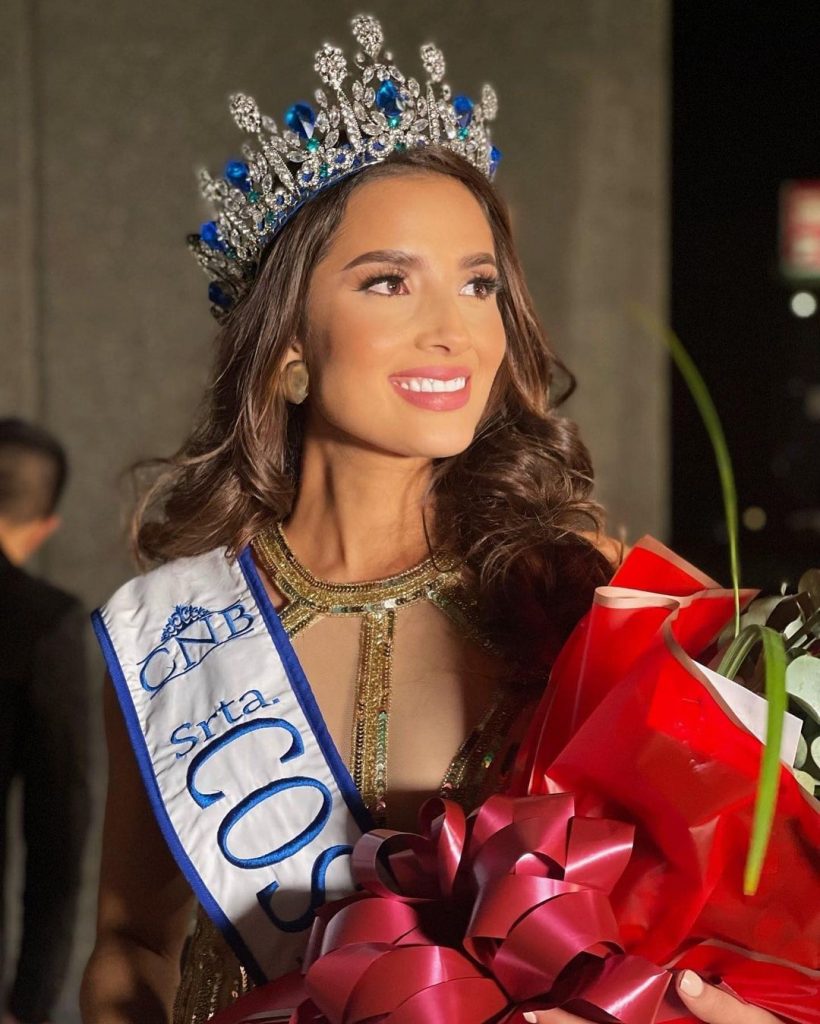 China 2015
Main article: Miss World 2015
Anastasia Lin, Miss World Canada, was not given a visa to travel in China and hence missed the official deadline of 20 November 2015 for entry to the Miss World 2015 pageant, and was declared persona non grata by the Chinese Embassy in Ottawa since she openly criticized China’s human rights violations. She was later allowed by the Miss World Organization to compete at Miss World 2016.

Thailand 2020 and cancelation
See also: COVID-19 pandemic in Thailand
After the 2019 pageant, the organization decided to choose Thailand as the host country of the following pageant Miss World 2020 which will be held in Phuket. But due to the spread of COVID-19, most national organizations and including the Miss World organization agreed to cancel the 2020 pageant to assure the safety of the delegates.

Puerto Rico 2021 & Impact of the COVID-19 pandemic
Main article: Miss World 2021
See also: COVID-19 pandemic in Puerto Rico
The edition was originally scheduled for the end of 2020 but postponed indefinitely due to the global COVID-19 pandemic. However, the date was scheduled for December 16, 2021 was first announced on March 8, 2021. The threat of the Omicron variant had a lready detected in some parts of the world during the pre-pageant activities, as the disease started to ravage and swept across the island. On December 14, Miss World Indonesia Carla Yules tested positive for COVID-19. As a precaution, her roommate Miss World India Manasa Varanasi and five others were classified as suspected cases. Miss World Organization chairwoman Julia Morley confirmed that the delegates are currently isolated and in quarantine and that they will not be on stage for the final show if they do not produce a negative PCR test. On December 15, Puerto Rico Department of Health confirmed that 17 positive cases for COVID-19 related to the Miss World pageant activities, includes contestants and technical personnel. An official statement stating that Miss World Malaysia Lavanya Sivaji tested positive for COVID-19 by her national director via Miss World Malaysia Instagram on Dec 16, 2021.] She will be required to be isolated for 10 days and will not be permitted on the stage during the finals as part of Puerto Rico Department of Health and Miss World guidelines. The finale, originally slated 16 December, was later postponed and will be held on an unspecified date but within 90 days in Puerto Rico. On December 16, Epidemiologist Melissa Marzán confirmed that 15 staff and 23 contestants were positive cases associated with Miss World during the Puerto Rico Department of Health press conference. She added that pageant organizers decided to postpone, not the island’s authorities. The rescheduled 70th Miss World pageant will take place on March 16, 2022 via Miss World social media accounts on December 22, and still be held at Puerto Rico’s José Miguel Agrelot Coliseum.